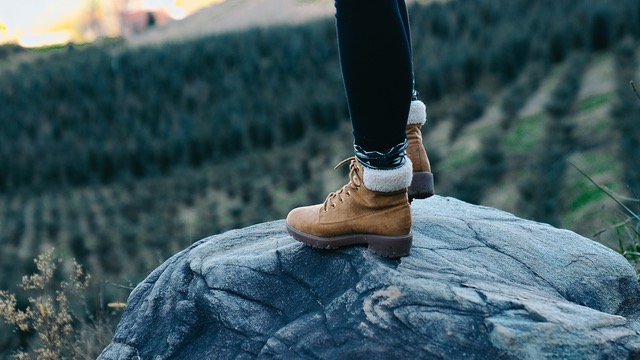 Finding courage is challenging and starts with believing in yourself.  Sometimes it comes naturally and other times we need help from our friends.  Friends greatly bolster our courage through their support and encouragement.  Courage can be something simple like speaking up at a meeting or an act far more complex such as saving a life.   Sometimes, courage is the ability to simply put one foot in front of the other and keep going in the face of adversity.   We all use courage in our daily lives in some small way and other days it is off the charts.

Women often struggle with finding their inner strength and the courage to stand up for themselves.   Woman need courage in all aspects of their lives – in relationships, in the work place and to keep themselves safe in today’s challenging world.

One summer, when I was going to college, I worked as a relief switchboard operator at a major department store.   This was in the early seventies and I was filling in for a woman on maternity leave.   The assistant store manager started coming by my work station, standing behind me and rubbing my shoulders.   I tried to nonchalantly squirm away but he was persistent and I did not know what to do. It made me incredibly uncomfortable.  He was in his forties and in a position of authority – I was only 19.   I finally got the courage to tell my immediate supervisor and he was infuriated. He marched into the store manager’s office to complain about the assistant manager and after that I was not bothered again.  While it took me awhile to find the courage to tell someone – at least I finally did.

Sometimes courage comes instinctually when you need it to survive.   When I was 16 years old, I was walking down an upper middle-class residential street going to a friend’s house.   It was broad daylight in my neighborhood and I felt completely safe.   A car came slowly down the street and pulled over next to me so that the driver’s window was next to the curb.  A man unrolled the window and asked for directions to a local elementary school.   I leaned down and started telling him how to get there.  All of a sudden, he reached through the window and grabbed my forearm with his right hand before I could react.   He had me in a death grip and started talking about the sexual things he was going to do to me.   He was a large man, about 40 years old and very strong.   I saw his left hand moving towards the door handle and realized that if he got out of the car that I would never get away.    I was a student athlete and in good shape.   I put my right foot on the car door and pushed with all my strength.   I had the element of surprise, he was not expecting my reaction.   I pulled my arm loose from his grip but in the process fell over backward onto the ground.   He opened the door to come after me.   I crab walked backward away from the car kicking at his hand with my foot as he tried to grab me again.   I managed to turn, stand and start running towards the nearest house.   He chased me for a few feet and then realized he would not be able to catch me.  So, he quickly got back in his car.   When I heard the car door slam, I turned and saw he was going to leave.  I immediately ran towards the car and memorized his license plate number as he sped away.  I continued to my friends’ house and we called the police.  The police traced him through the license plate and I identified him in a photo line-up.   He was arrested and eventually tied to 5 other similar crimes.

Always believe in yourself and find your inner courage – you can do it.  Use your support team and never underestimate the power of friendship – fight for yourself and what’s right.   As Helen Reddy once sang “I am woman hear me roar”!