Don’t Marry for the Rocking Chair 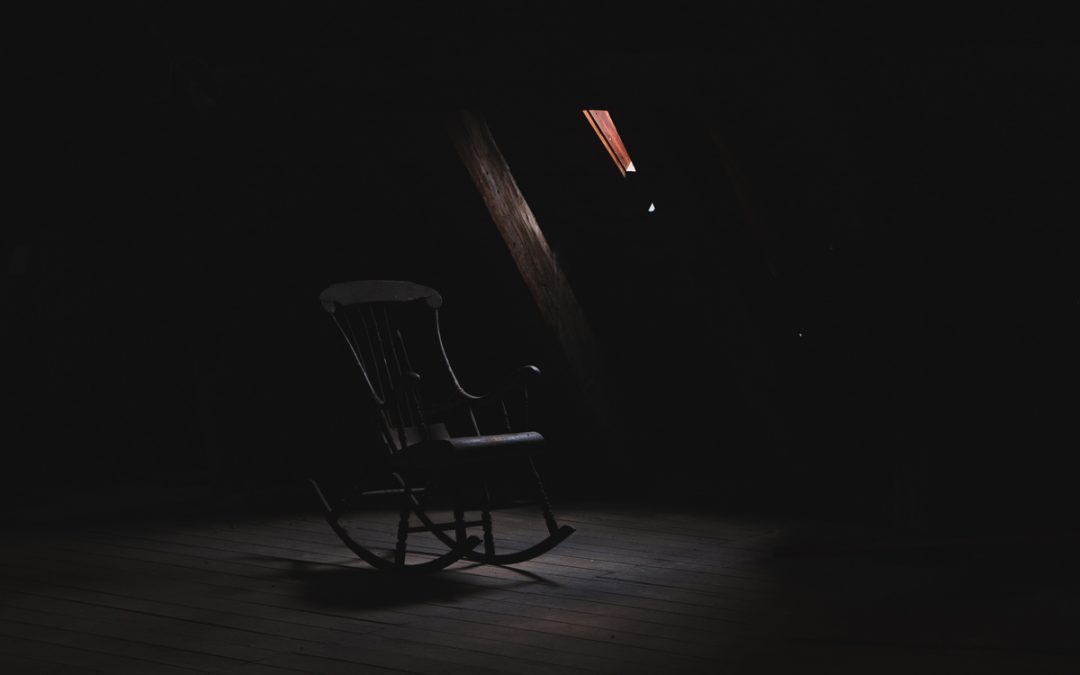 Don’t Marry for the Rocking Chair by Jennifer Reeves

“Tell me your deepest, darkest secret. Something you haven’t told anyone else. Ever.”

Fear overtook me. We had only been dating a couple of months. How could I share THAT? The one thing I’d kept tucked so deep in my soul I could even forget it most days. If he wanted me to share, did that mean we were really at the relationship level I thought? That we were developing something deeply emotional with intimate trust?

I trusted. I bared my soul and the secret I felt revealed the very worst of my past. The tears flowed down my cheeks. In the long silence after, my regret for sharing such an ugly secret – something I’d lived with for so many years – that regret welled up in my chest to the point I thought I’d explode. Still, silence. Was he so troubled with what I’d revealed? And finally, he spoke.

“I’m terminal. I have Cystic Fibrosis. I’ve already lost both of my sisters to CF and I’ll never be able to promise you rocking chair years. You’re young. You have children. You deserve to know, and if you want to leave, we’ll still always be friends. You just needed to know. That’s my secret.”

I am sharing this, NOT as a CF spouse, as we are going into our 18th year of this relationship.

Marriage was out of the question for him. We both have been married before. He never knew how long he would have. Why would I question that or press the issue? I only wanted to make sure we always enjoyed what time we had left together. I didn’t want to pressure him for fear I’d add stress and lose him, one way or the other.

But there have been stresses. I had children from my first marriage. They were young. Then they were teenagers. And, we did not share his illness with them.

How can I do this to him? He has to be my first concern. I am being selfish. The kids will understand why one day.

No, I have feelings and problems too. He’s not helping me. My children are going to hate me for taking his side or trying to keep the peace.

I’m being torn apart. And I can’t tell anyone.

It’s his secret. He doesn’t want to share his disease & terminal prognosis with anyone because people will treat him differently.

Truth be told, I had shared. I’d told my sister. I’d told my mother before she passed away because she questioned why we weren’t talking about marriage.

I felt guilty I’d used his CF and the fact we “wouldn’t have rocking chair years” as an excuse.

A change that changed everything, and nothing.

Eleven years into our relationship, he suffered a mass hemoptysis and our lives changed.

We disappeared from our fun, you-only-live-once, active life together.

I had to share why with those I worked with. I felt I was betraying his “secret”.

I had to ask my now virtually grown children to help take care of things. I had to share his “secret” to them finally, after 11 years. I felt I’d been betraying them all those years with this “secret”.

And they all said, “Now it makes sense” and supported us in ways that I could have never expected of kids 18-22 years old.

After a month in a medically induced coma, intubated, on a ventilator, he said he wanted to live and rejoined the world. And his secret was revealed to everyone else.

“It’s okay if you tell people.”

Are my years as a ‘not-Spouse’ typical? I doubt it. I’d love to know others who’ve rocked in this same chair with me. Who’s had a loved one something they keep so intensely close to themselves it almost smothers the flame? It would be very hard for me to share with him the impact a “secret” had throughout the years.

And, I still feel guilty even thinking his CF ever had an impact of me. He’s the one who went through the hell of those 30 days in ICU.

What do you call it after 18 years together?

After that episode, I became his medical power of attorney. We didn’t really think about it before this. We do daily now. Now I am very affectionately referred to as “the one who can pull the plug.” Really. This is how he introduces me to everyone who does his initial interview in ER trips, hospital stays and the like. Not a spouse. Am I a girlfriend after this many years? Plug-puller isn’t really what I want to be called. So yes, this disease has imprinted me as well.

And again, I come back to saying in my second breath, it’s not about me.

You can love without titles. You can live without knowing what tomorrow is going to bring.

Jenn Reeves
Go To Girl at Direct Cellars
Oh, mama said I told stories when I was little. Fast forward. Life. And oh, the stories I have to tell now.